Michael Toolan, Professor at the University of Birmingham 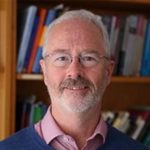 Michael Toolan is a Professor of English Language and everything to do with the English Language is of interest to him, but particularly the way it is used in literary production. Accordingly he studies the use of language in poetry, in narrative fiction, in plays, and in other fields were the language is to a degree ‘performative’, such as news journalism, and the law. Much of what he has published falls under the labels Stylistics, or Narrative Analysis. His books include The Stylistics of Fiction (1988), Total Speech (1996), Language in Literature (1998), and Narrative (2nd edition: 2001).
Two more recent monographs (Narrative Progression and Making Sense of Narrative Text) try to ‘drill down’, aided by corpus linguistic methods, to those particularities of the texture of written narrative which aid narrative progression and the reader’s making sense of a narrative text.
For the period 2016-2018 inclusive, Michael Toolan has been Chair of the Poetics and Linguistics Association (PALA). He is also periodically involved in Integrational Linguistics. Since 2002, he has been editor of the Journal of Literary Semantics. Thus it all boils down to a deep interest in the craft of literary writing: how it is done, how it works when it does work, and what the point of it is.

Nigel McLoughlin, Professor of Creativity and Poetics, University of Gloucestershire 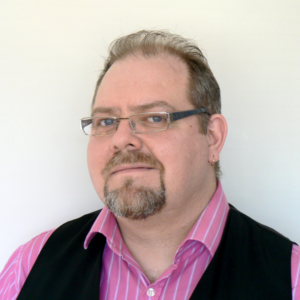 Nigel McLoughlin is an award-winning Irish poet and author of five collections of poetry, the latest of which is Chora: New & Selected Poems (Templar Poetry, 2009). For seven years he served as editor for Iota poetry journal, and he recently edited The Portable Poetry Workshop (Palgrave, 2016). His poetry has been published in journals in Europe, Asia, North America and Australia, and was selected for inclusion in The Poetry Archive in 2014.
Among his academic qualifications, he has completed an MA and PhD in Creative Writing both from the University of Lancaster, an MSc in Neuropsychology from the University of Bristol, and an MA in Literary Linguistics from the University of Nottingham. He is Professor of Creativity and Poetics at the University of Gloucestershire, where he has taught since 2005. In 2011 he was awarded a prestigious UK National Teaching Fellowship Award by the Higher Education Academy.
Over the course of his academic career he has published journal articles and book chapters on the pedagogy of creative writing, creativity and the creative process, and the cognitive stylistics of poetry. He is a regular presenter of new work at conferences such as Great Writing, the International Association of Literary Semantics (IALS), the international conferences of the Poetics and Linguistics Association (PALA), and Cognitive Futures in the Humanities.
Most recently he has published articles in New Writing: The International Journal of Creative Writing Theory and Practice, and contributed chapters to edited volumes on world building; drafting, revising and editing; and the representation of landscape; which draw on cognitive stylistic approaches.